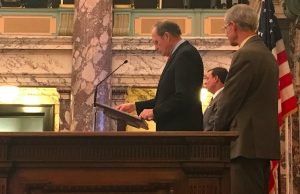 The resignations of Senators Sally Doty and Gary Jackson, plus the addition of two newly-elected Senators, Jason Barrett and Bart Williams, prompted the new assignments.

“The Legislature has the significant responsibility of helping lead the state through recovering from the pandemic, in addition to addressing all of the State’s other needs in education, economic issues, healthcare, transportation, and others,” Hosemann said. “We wanted to make sure our Senators knew of any Committee changes well before the start of the 2021 Session so they can begin attending hearings and preparing for next year.”

The updated Committee Chairs are as follows: