The relocation of the Confederate monument that currently stands in the Circle – a prominent location on the Ole Miss campus — has been approved by the Mississippi Board of Trustees of State Institutions of Higher Learning.

The IHL voted this morning to approve the university’s plan to relocate the statue from the Circle to the University Cemetery, which is located behind the Tad Smith Coliseum. While the process began in March 2019, the move will take place amid growing conversations regarding race relations across the country in the wake of the death of George Floyd.

“The Board reviewed the detailed plans for the new site, considered events on college campuses across the South involving Confederate monuments, and listened to the University’s various constituency groups.  The Board subsequently determined relocating the Confederate statue to be most appropriate for Ole Miss moving forward”, said Ford Dye, Board President.

Originally put in motion by then-Intern Chancellor Larry Sparks, the relocation of the controversial statue, which has stood in the Circle since 1906, has been continuously supported by new Chancellor Glenn Boyce.

“We all recognize that this University has a difficult history with these issues that oftentimes places us at the forefront of complex and emotional discussions. We will not let our past stop us from working to make a better present and future for everyone on this campus. We must all be active participants on the journey of seeking solutions and inspiring the healing process.

This is a time for change. For me, that means moving the monument away from the center of our campus. That monument has divided this campus, and the process of its removal from the Circle is one I am committed to seeing through to completion. There is more to do, but this needs to happen,” Boyce said after the statue was recently vandalized during protests in the city of Oxford.

No official date for the move has been announced at this time.

The vote was delayed back in January after a board member requested additional information on the plan.

Before the talk of relocation began, the statue was one of seven sites on campus to receive a “contextualization” plaque explaining its historical relevance to the University.

Additionally, Ole Miss and all other public universities in Mississippi do not fly the state flag, which still carries the Confederate battle emblem. 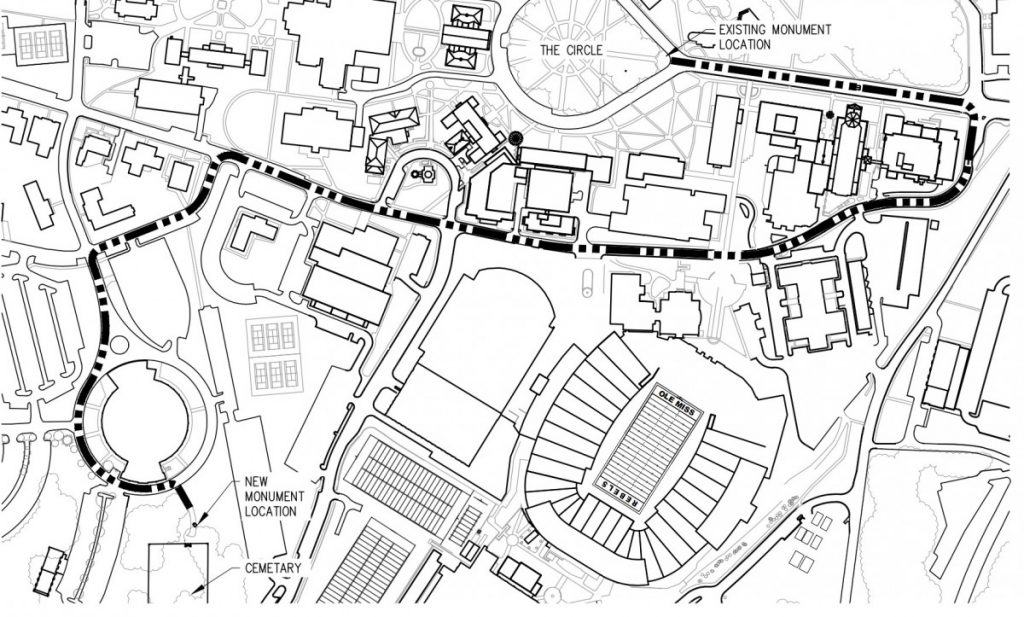