It’s been just over a month since Mississippians went to the polls to cast their ballots in the 2020 general election and the results have now been certified and posted by Secretary of State Michael Watson.

Minutes after the polls closed on election night, Mississippi’s six electoral votes were declared for President Trump. When all the votes were tallied, the incumbent president retained a sizable lead over presumed President-Elect Joe Biden in the Magnolia State. 3,657 people voted to drastically shake up the political process, casting their ballot for rapper Kanye West.

All four of Mississippi’s incumbent congressmen were re-elected with all, except Rep. Steven Palazzo, facing challengers.

A couple of seats on the Mississippi Supreme Court were up for grabs with the race in District 1 lasting well past election day.

Three ballot initiatives also passed on election day including the creation of a medical marijuana program, the elimination of a Jim Crow-era election law and the adoption of the new state flag. 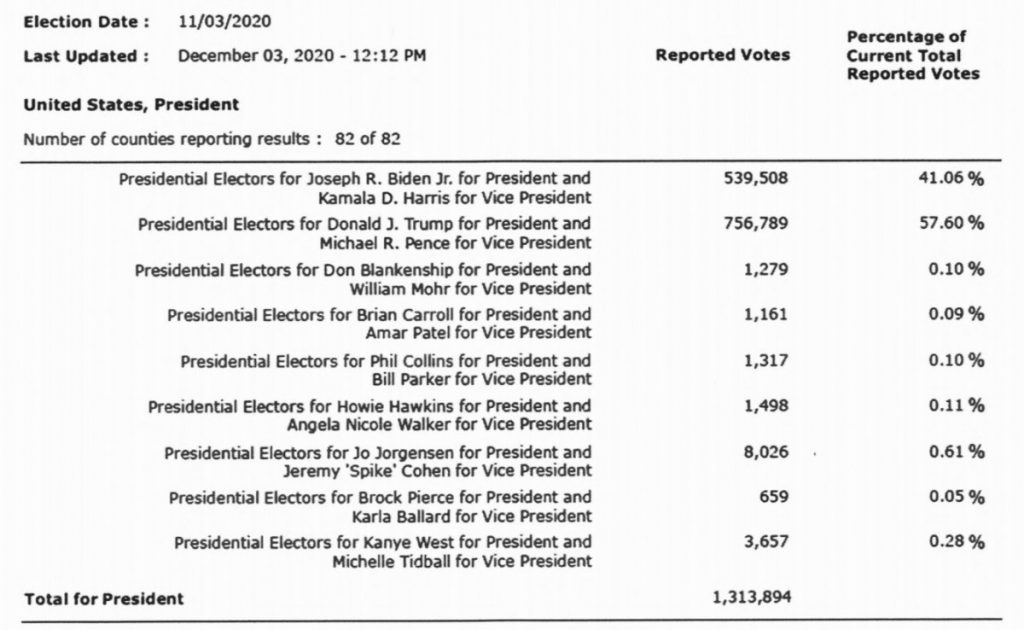