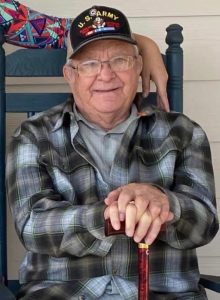 The Mississippi Department of Public Safety has issued a Silver Alert for 88-year-old John D. Silkwood of Gulfport, MS, in Harrison County.

He is described as a white male, five feet and nine inches tall, weighing 170 pounds with white/grey hair and blue eyes.

Mr. Silkwood was wearing khaki shorts, a light blue button-down shirt (short sleeve), and loafers. He may be wearing a “US Army Veteran” ball cap with a black bill and white mesh on the rear of the cap.

Family members say John D. Silkwood suffers from a medical condition that may impair his judgement.

If anyone has information regarding the whereabouts of John D. Silkwood contact Harrison County Sheriff’s Department at 228-865-7060.