The recent protests across the country and the state, stemming from the death of George Floyd, have reignited the debate over the design of Mississippi’s flag.

As the only state flag to carry the Confederate battle emblem, calls for change have strengthened as conversations surrounding race and equality have come to the forefront. During his daily press briefing, Governor Tate Reeves was asked about his stance on the state flag, a question he was frequently asked during the 2019 election cycle.

“My position has not changed. I spent much of 2019 telling the people of this state what I believe, and that is there is going to come a time, at some point I’m sure, in which the people of Mississippi are going to want to change the flag. My position is that when they want to do that, it should be the people who make that decision, not some backroom deal by a bunch of politicians in Jackson,” he said.

Governor Reeves went on to say that the events of the past few weeks have “justifiably” led to increased discussions around the flag and many other issues. In 2001, Mississippians voted 64%-36% in favor of the current design, which was adopted in 1894, but the Governor acknowledged that a lot has changed since that vote took place.

Governor Reeves chose not to directly answer questions regarding his personal opinion of the flag’s design.

A new vote could take place through a ballot initiative, which requires over 105,000 signatures, or the legislature could vote to place the issue on the ballot. If that were to happen, Governor Reeves said that he “would not stand in [the legislature’s] way”.

As previously mentioned, the discussions regarding the potential of a new state flag for Mississippi is not new. The “Stennis Flag” has emerged as a popular alternative. Designed by artist Laurin Stennis, the granddaughter of the late former U.S. Senator John Stennis, the flag features 19 stars in a circle around a large center star with a red stripe on either side — signifying Mississippi’s ratification as the 20th state in the US.

“The overarching theme is unity and what we share,” Stennis said in June 2019. “Now we can be divided about a lot of things and those two red bars that are in opposition to one another represents that conflict, when it is done in a healthy way, is fine We don’t have to be Pollyannaish and pretend that we all agree on everything, but that red color also symbolizes Mississippians who gave their lives fighting for liberty and justice for all.”

A recent poll issued by State Senator Brice Wiggins, a Republican from Jackson County, received over 6,700 votes with overwhelming support for the new design.

The Stennis flag is available on specialty license plates with the proceeds going toward the Mississippi Civil Rights and History Museums.

Below, you can watch today’s briefing in its entirety. 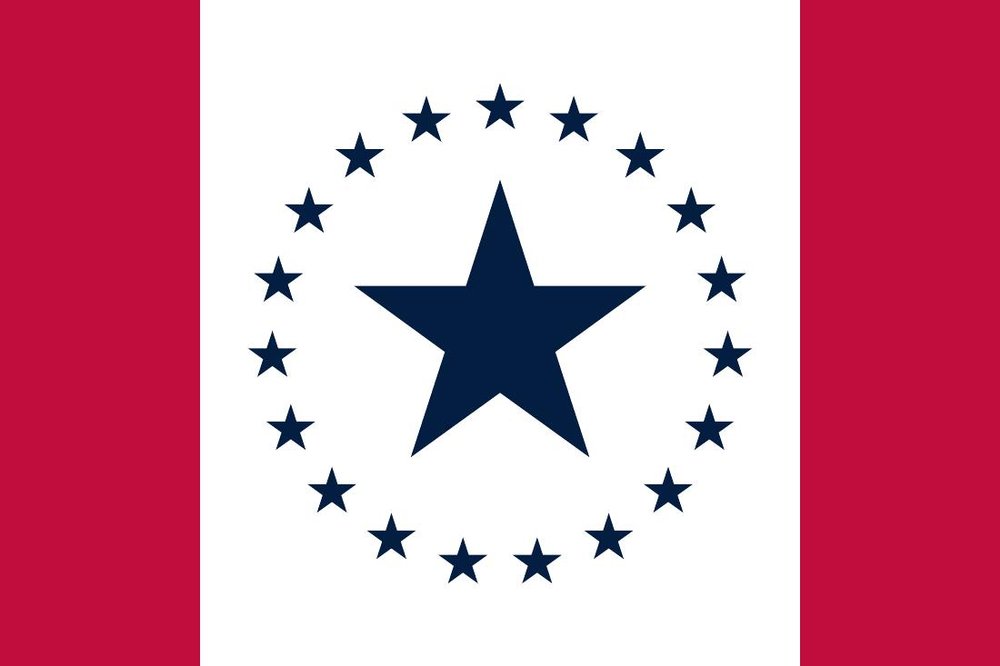