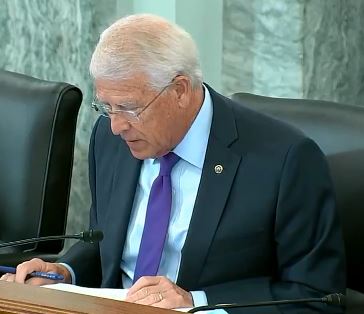 The following was submitted by U.S. Senator Roger Wicker, chairman of the Senate Committee on Commerce, Science, and Transportation.

Each year, millions of Americans take to the skies to be with their loved ones for the holidays. Those who board a commercial flight place their trust in the pilots, the aircraft, and the Federal Aviation Administration (FAA), which regulates the American aviation industry. That trust is warranted because our aviation system is among the safest in the world. Yet it is not without flaws. Recent findings of a Senate investigation revealed some troubling patterns within the FAA that require accountability and reform.

In March 2019, the Boeing 737 MAX aircraft was grounded worldwide after two crashes in Indonesia and Ethiopia killed 346 people. After the second crash, investigators found that a design flaw contributed to both crashes. Soon, whistleblowers within the FAA and the aviation industry began reaching out to me to share information. As chairman of the Senate Commerce Committee, which oversees air travel, I  launched an investigation into the concerns being raised. Our 20-month investigation uncovered evidence of undue “coziness” between regulators and aircraft operators, violations of pilot testing standards, and a failed FAA management culture that punished whistleblowers for voicing safety concerns. I recently published the 101-page investigation report on the Commerce Committee website.

FAA Failed to Answer Many Questions

During the investigation, our committee received information from 57 whistleblowers with backgrounds in government, academia, and the aviation industry. Unfortunately, the FAA has not cooperated fully with the committee’s constitutional oversight. I have sent seven letters to the FAA with 30 specific requests. To date, the FAA has failed to answer more than half. In addition, the FAA has failed to comply with interview requests, allowing only nine FAA employees to interview with the committee out of the 21 that I requested. The evidence we collected revealed inconsistencies, contradictions, and in one case, a possible lack of candor.

Although the 737 MAX crashes had initially prompted this investigation, whistleblower claims highlighted lapses in FAA oversight well beyond our initial scope of inquiry. For example, the committee found that between 2013 and 2017, the FAA permitted Southwest Airlines to operate dozens of aircraft that were not inspected properly. Whistleblowers alerted FAA managers about the issue, but the managers failed to act. Even after an internal audit urged the FAA to ground the aircraft until proper inspections were completed, the unapproved planes were allowed to continue flying passengers for months.

Other lapses occurred in Hawaii, leading to a series of preventable fatalities in recent years. After one crash killed 11 people, inspectors voiced long-held concerns regarding improper maintenance. Whistleblowers called for the implicated mechanic to have his license revoked, yet the FAA refused. In 2020, a second plane the same mechanic had worked on crashed, killing two people. Yet days later, the FAA renewed his license.

The revelations of this report are troubling. The FAA has a solemn duty to protect the flying public and ensure the safety of U.S. aircraft. The failures uncovered in this investigation cannot continue.

Days after I published the report, Congress approved legislation I authored to overhaul the aircraft certification process. This bill will give the FAA more authority over private-sector aviation workers, like those from Boeing, who are involved in aircraft certification. It will take steps to protect against manufacturers placing undue pressure on employees during the certification process. And it will strengthen vital protections for whistleblowers. These measures should help restore the safety culture in the FAA, ensuring that America remains the safest place in the world to fly.